Create forensic images of local hard drives, CDs and DVDs, thumb drives or other USB devices, entire folders, or individual files from various places within the media. Determine if further analysis with a forensic tool such as FTK Forensic Toolkit is warranted.

Generate hash reports for regular files and disk images to use as a benchmark to prove the integrity of your case evidence. After imaging an entire drive, the software generates a hash code for the image and compares it with a hash code of the drive. Matching hash codes guarantees the original source image did not change since its acquisition.

Mount an image for a read-only view that leverages Windows Internet Explorer to see the content of the image exactly as the user saw it on the original drive. See and recover files that have been deleted from the Recycle Bin but have not yet been overwritten on the drive.

The File Menu, shown in the image below, lists the main functions performed by FTK Imager. The main functions include image mounting, disk image creation, image decryption, and exportation of files and a file hash list. 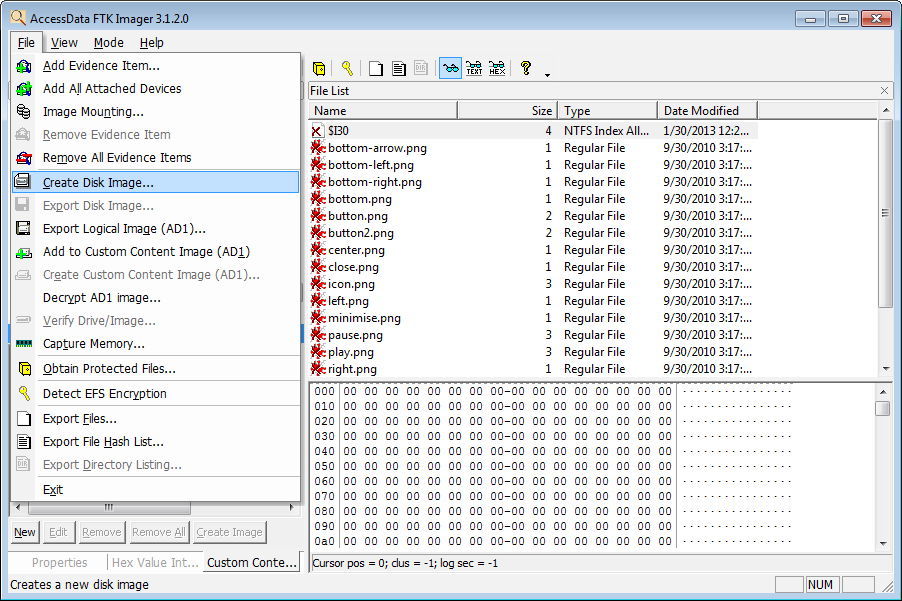 Four main areas comprise the user interface. Firstly, the left half of the window is occupied mostly by the Evidence Tree. This shows the directories and files belonging to each partition, and also shows the partitions belonging to the different drives. Next, also on the left but just below that is the Hex Value Interpreter. 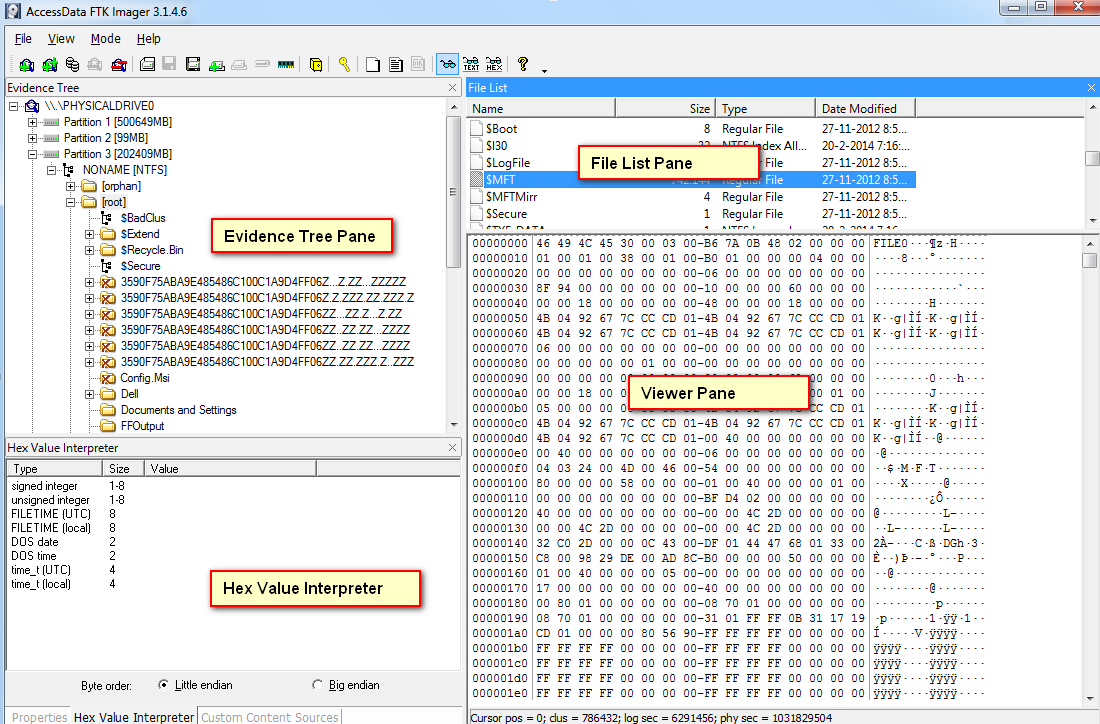